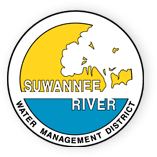 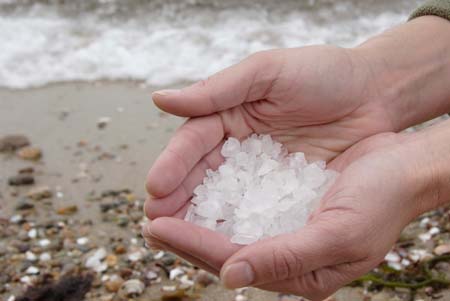 Conductivity is a measure of how well electricity moves through water. This can be affected by both temperature and the concentration of dissolved minerals or salts in the water. The higher the temperature, or the more minerals and salts dissolved in water as ions (positively and negatively charged particles), the easier it is for electrons to move through water and the higher the conductivity.

Scientists can use these properties of electrical movement in water and water temperature to help determine the amount of minerals or salts in the water which can in turn give clues to the path the water has taken. As groundwater moves through rock in the aquifer it dissolves some of the minerals and salts along the way. The longer the groundwater stays in contact with the rock the more ions it dissolves and the higher the conductivity.

Changes in conductivity can also help identify mixing of groundwater, surface water, rain, and salt water. Many of our springs located in the bottom of river beds were identified with the help of conductivity. River water tends to have lower conductivity then the groundwater emerging from our springs. As scientists tested water in a river they looked for areas where specific conductivity increased indicating that the water had a higher concentration of ions in that area, and helping to pinpoint locations were groundwater entered the river bed through spring vents and boils even when there wasn't a change in how the water looked at the surface.